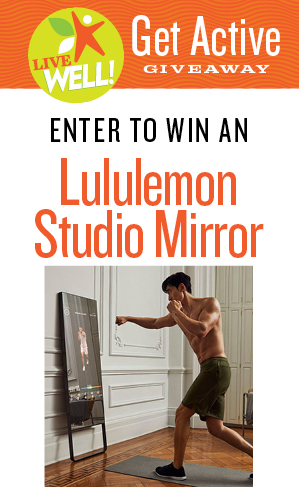 HOW TO ENTER: NO PURCHASE OR PAYMENT OF ANY KIND IS NECESSARY TO ENTER OR WIN. VOID WHERE PROHIBITED. You may enter at any Reasor’s location or at Reasors.com. All Reasor’s customers who use their Reasor’s Rewards card beginning at 9 am on December 27, 2022 through January 31, 2023 until 11:59 pm will be automatically entered to win. To enter without making a purchase visit reasors.com and complete the registration form. Limit 1 entry per day regardless of entry method. No late entries accepted.

WHO MAY ENTER AND WHO IS ELIGIBLE: Open only to residents of the state of Oklahoma who are 18 years of age or older as of December 27, 2022 may enter, with the exception of those who have won a Reasor’s contest within 90 days which will be ineligible to participate. To be able to enter with your Reasor’s Rewards card you must have a Reasor’s Rewards card. You may complete a Reasor’s Rewards card application for free at Reasor’s customer service. If the winner is chosen from the Reasor’s Reward card entries, the primary account holder will be the official winner for the prize. The Reasor’s Rewards account holder must have complete information filled out, prior to the contest end date to be selected as a winner, including their name, address, email, and phone number. The Sponsor of this sweepstakes is Reasor’s. Any of their respective affiliates or subsidiaries or advertising and promotion agencies or suppliers involved in this promotion and the immediate family (defined as spouse, mother, father, sisters, brothers, sons, daughters, mother in law, father in law, brothers in law, sisters in law, daughters in law, and sons in law regardless of where they reside) and members of their households (whether related or not) are ineligible to participate in this promotion.

GENERAL RULES: Each finalist will be contacted by email or phone and if no contact is made with the winner, the winner will be given 48 hours to email or call a representative from Reasor’s marketing department to be accepted as a finalist. If no contact is made within 48 hours Reasor’s will contact an alternate finalist. Void where prohibited by law. No mechanically reproduced entries permitted. Illegible/incomplete entries are void. Not responsible for faulty/mis transcribed telephone communication or for lost, late, mutilated, misdirected entries or entries not received in time for the random drawing. Decisions of the judges are final. No substitution or transfer of prize by winner permitted. All federal, state and local taxes are the sole responsibility of winner unless otherwise described. All federal, state and local laws and regulations apply. All materials submitted become the property of the Sponsor and will not be returned. Contest winner must sign and return an Affidavit of Eligibility/Release/Prize Acceptance Form at the time of pickup or delivery of the prize. Noncompliance with the rules and regulations of the sweepstakes may result in disqualification and an alternate may be selected. Return of any prize/prize notification as undeliverable will result in disqualification and an alternate may be selected. Sponsor reserves the right to substitute prize of equal or greater value. No cash value will be awarded. Acceptance of prize constitutes permission to the Sponsor, its Promotional Partners and their agencies to use winner’s name and/or likeness for the purposes of advertising and trade without further compensation, unless prohibited by law. By accepting prize, winner agrees to hold Sponsor, and prize provider and their respective affiliates, subsidiaries, joint venture partners, advertising and promotion agencies and the directors, officers, employees and assigns of each, harmless against any and all claims and liability arising out of acceptance/use of prize. Winner assumes all liability for any injury or damaged caused, or claimed to be caused, by participating in this promotion, or use or redemption of any prize. By participating in this promotion, entrants agree to be bound by the official rules and the decisions of the judges. Sponsors and its Promotional Partners are not responsible for any typographical or other errors in the printing, the offering or the announcement of any prize in the administration of the promotion.

ODDS: The odds of being selected as an official winner are dependent upon the number of entries received.