Reasor’s ends their second annual Spring for Meals food drive with a success. Raising an astounding $72,758. That is the equivalent of over 291,032. meals at $4 per meal for people in eastern Oklahoma. The donations were accumulated from the $15 bag sales and the donation cards located at the registers and online. All 17 store locations participated in the drive that continued until May 4.

“As an employee-owned company and community partner, we are an active supporter of meaningful community projects, including those that address food insecurity. Spring for Meals continues to provide communities a way to support the Community Food Bank of Eastern Oklahoma alongside their neighbors in an easy way,” said Amanda Russell, marketing and advertising director of Reasor’s.

“With one in six Oklahomans facing food insecurity, we rely on our community partners to make sure everyone has access to nutritious food,” stated Regan Leake, development manager for the Community Food Bank of Eastern Oklahoma. “Reasor’s actively works to find partnership opportunities to assist our struggling neighbors. Their support makes our work more effective and lifts our entire community.

All proceeds from the food drive will benefit the Food Bank and its network of 350 Partner Agencies in eastern Oklahoma.

Reasor’s® was founded 57 years ago at a single location in Tahlequah, Oklahoma by namesake, Larry Reasor. Today, the company has 17 locations and one convenience store throughout northeastern Oklahoma. In 2007, Reasor’s® became employee-owned and now provides jobs for nearly 2,500 community members. For more information about Reasor’s®, visit www.reasors.com.

About the Community Food Bank of Eastern Oklahoma

Founded in 1981, the Community Food Bank of Eastern Oklahoma is one of the largest, private hunger-relief organizations in Oklahoma. With branches in Tulsa and McAlester, it distributes food to people in need through 730 programs and Partner Agencies in 24 counties of eastern Oklahoma. Feeding programs include emergency food pantries, soup kitchens, emergency shelters, child feeding programs, senior feeding programs, and veteran’s initiatives. In addition, the Food Bank helps raise public awareness about hunger and the role of food banking in alleviating hunger. For more information, visit okfoodbank.org; find us on Facebook at www.facebook.com/okfoodbank or Instagram @okfoodbank.org. 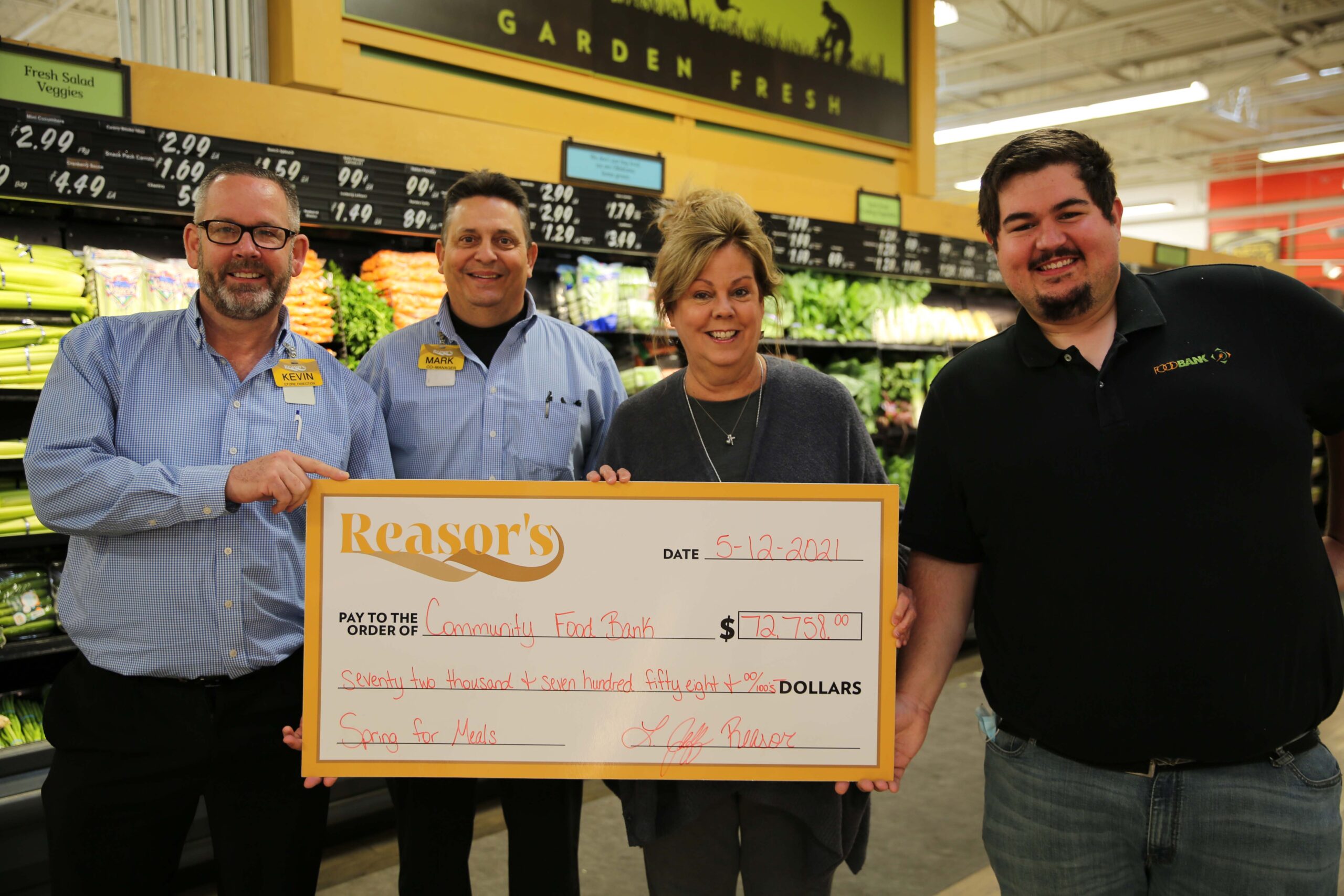