During the campaign, Reasor’s shoppers were given the opportunity to donate non-perishable food items, purchase pre-made sacks of the most needed items for $15 or make a donation at the cash register. Any cash donations over last year’s amount of $16,574.17 was matched by the George Kaiser Family Foundation, making their donation $6,037.00.

By collecting food, and monetary donations our Grand Total for Food 2 Families is 157,081 meals!

The recipient of the donations, the Community Food Bank of Eastern Oklahoma, works with a network of 450 partner programs in 24 counties of eastern Oklahoma. These programs include food pantries, soup kitchens, emergency shelters, after school programs and senior citizen centers. Through this network, the food bank provides more than 346,000 meals each week. 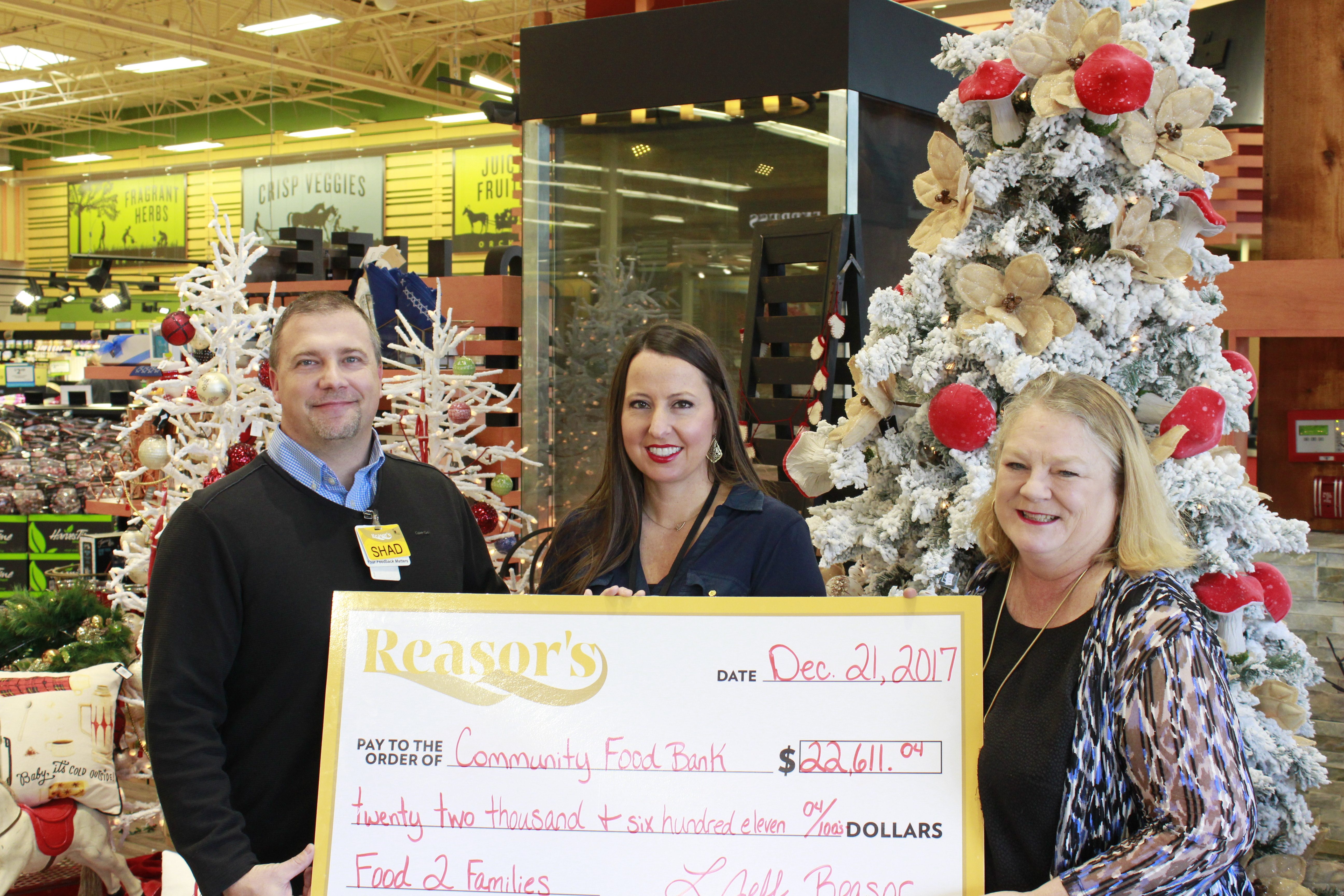