During the campaign, Reasor’s shoppers were given the opportunity to donate non-perishable food items, purchase pre-made sacks of the most needed items for $15 in store or online or make a donation at the cash register or online.  Reasor’s customers purchased 5,730 bags and collected over $12,000 in monetary donations.

All non-perishable food items will go to the Community Food Bank of Eastern Oklahoma that works with a network of 350 partner programs in 24 counties of eastern Oklahoma. These programs include food pantries, soup kitchens, emergency shelters, after school programs and senior citizen centers. Through this network, the food bank provides more than 450,000 meals each week. During Fiscal Year 2020, they distributed more than 32.8 million pounds of food. 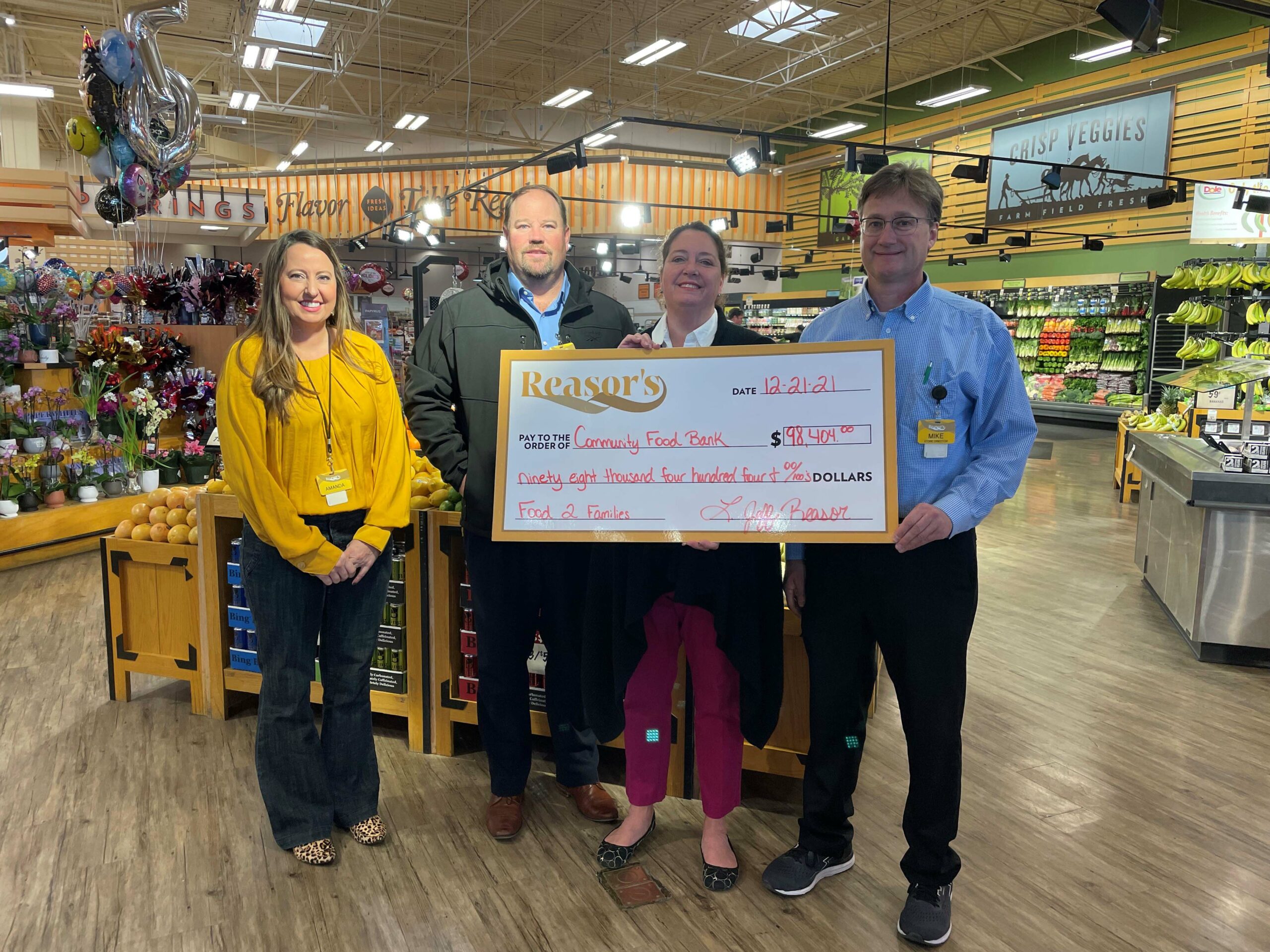